Facebook promoted posts are effective! We already know that Facebook’s sophisticated targeting features and a huge user base are great for paid marketing. You can market a wide variety of services and products to Facebook users and skyrocket your advertisement campaign.

But all of this can go in vain if your post doesn’t meet Facebook’s promotion guidelines. Yes, Facebook has certain rules that must be kept in mind while building campaigns. They want to make sure that Facebook ads are not severely ugly-looking, or read like a newspaper. 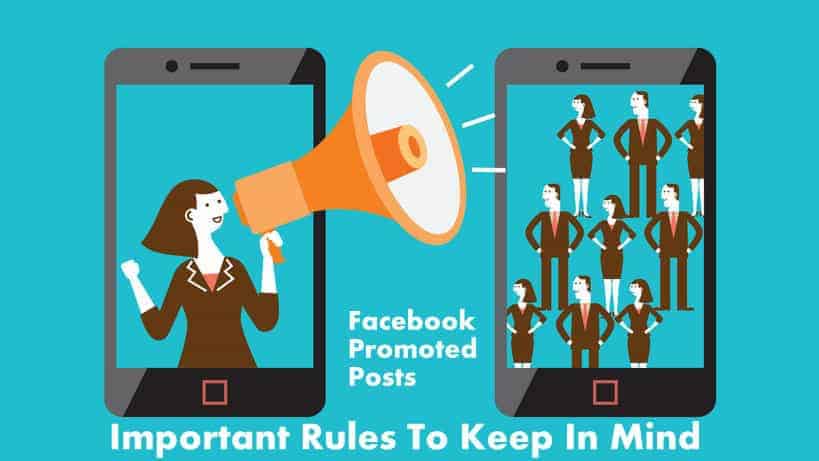 Promoted posts on Facebook are the posts that leverage the fact that you have paid for them. In general, Facebook doesn’t want to show its users with a lot of marketing content. This reduces the chance of your non-promoted post actually appearing on your followers’ news feed.

By paying, you use Facebook’s ad service to show that possibly-avoidable post to all your followers and even more people. Thus, you get the publicity you were looking for.

Facebook ads and promoted posts can’t contain text covering more than 20% of the post. This is one-fifth of the image that you will use for promotion.

If your post contains text on more than one-fifth of the image area, it’s likely that your post won’t be approved for advertising. Facing a disapproval after spending hours on designing a fancy image can be frustrating. Try to avoid it!

In addition to what images can show, the text on the images is also under scanner. The text shouldn’t contain any such words that suggest that you know the person whom you are advertising to. This rule applies to the user’s personal information such as name, age, cast, religion, financial status etc.

Therefore, the text in your Facebook promoted posts must be selected carefully. It should be neutral to all kinds of people and if you want to target a specific group of people, make sure that you don’t warrant you have any kind of control over their data.

“Facing bankruptcy? Find out how we can help you!” is not allowed.

“Explore our financial services” is allowed.

Facebook promoted posts can serve as an extra hand in your digital marketing campaign but be wary of Facebook’s advertising policies. Make sure you have read and complied with all the above guidelines in order to avoid rejection.

If you’re aiming to promote something that you feel can possibly violate the above guidelines, you should rather avoid it. Note that Facebook’s review procedure is both automatic and manual. Therefore, the chances of approval are always subjective. One person may let your post pass through, someone else might not.